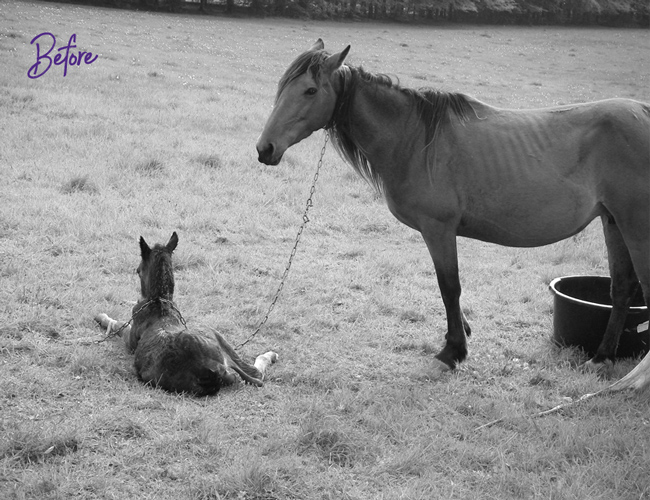 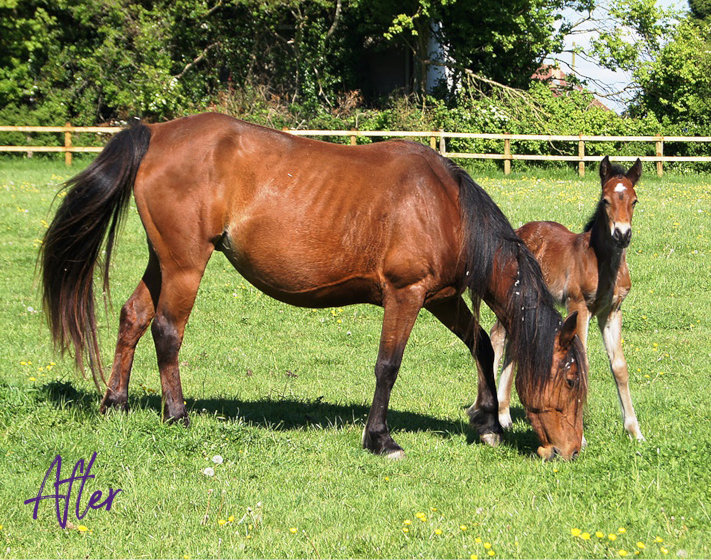 Together, we can end the suffering of thousands of horses.

If Local Authorities enforced current legislation then we could end the suffering of thousands of equines at risk of neglect and abuse.

The Animal Welfare Act sets out a discretionary power for national and local authorities to appoint ‘Inspectors’.

Did you know that the majority of Local Authorities have no Animal Welfare Inspectors?

This means that thousands of horses, like Catena, are left until they are suffering terrible pain and distress before they can be rescued.

If the Animal Welfare Act and current DEFRA Codes of Practice were enforced consistently, by correctly trained Local Authority appointed Inspectors, then Catena could have been rescued long before she had to endure such suffering.

The Act states that all Animals should have the freedom to express natural behaviour, long-term tethering does not allow this and yet this part of the law is rarely, if ever, enforced.

It is not only tethered horses that are suffering as a result of the Animal Welfare Act not being enforced. Horses found running loose on the road are often caught by the police but have nowhere to go. With many local authorities not taking responsibility for them and the Police having many other urgent matters to deal with, the already-overstretched rescue charities are being called upon to pick up the pieces.

We believe it should be a mandatory duty for all Local Authorities to enforce the Animal Welfare Act 2006 and Codes of Practice by employing a fully trained Animal Welfare Inspector and protect thousands of equines from suffering the way Catena did.

With your support, we can change this together.

To donate to this Campaign and help HorseWorld to rescue and rehabilitate more horses like Catena and Salisbury, please click here

By simply filling out the form below you can send this pre-drafted email to your local MP.

Your details will be stored by HorseWorld and shared with your local MP upon sending this email, so that they will know you live in their constituency.

I am emailing with my concerns that lack of enforcement of the Animal Welfare Act 2006 is causing unnecessary suffering of thousands of Equines across the UK.

I have recently learned that the majority of Local Authorities don’t employ an Animal Welfare Inspector despite local authorities being the only body, other than the police, who can legally seize an animal suffering neglect, abuse or abandonment.

In areas where Local Authorities choose not to employ an Animal Welfare Inspector, valuable hours of Police time are being used attending equine rescues in the absence of a trained inspector. Without the presence of the police or Local Authority appointed inspector an animal cannot be seized and placed into the care of a charity.

Police receive absolutely no training to handle Equines and yet in some areas are the sole authority able to enforce the Animal Welfare Act 2006 and codes of practice and remove horses, ponies and donkeys from dangerous or abusive situations. Often police spend hours simply holding equines to stop them escaping onto the road while they try and locate owners or find a charity with the space to take them.

By adding your voice to the campaign, you can help to make ministers take notice and increase animal welfare enforcement around the UK.

You can help make a real change and protect as many animals as possible from suffering.

Will you join us in the fight to #BreakTheChain?

To donate to the Campaign and help HorseWorld to rescue and look after more horses like Catena and Salisbury, please click here.

Ask your friends to help #BreakTheChain